The kit of this Central Saint Martins 2016 graduate features an Agar jelly-based element designed to be worn much like a sanitary napkin. The bacteria grown in this jelly pad help to balance vaginal flora – bacteria that live in the vagina, which act to prevent and treat Candida yeast infections like thrush. 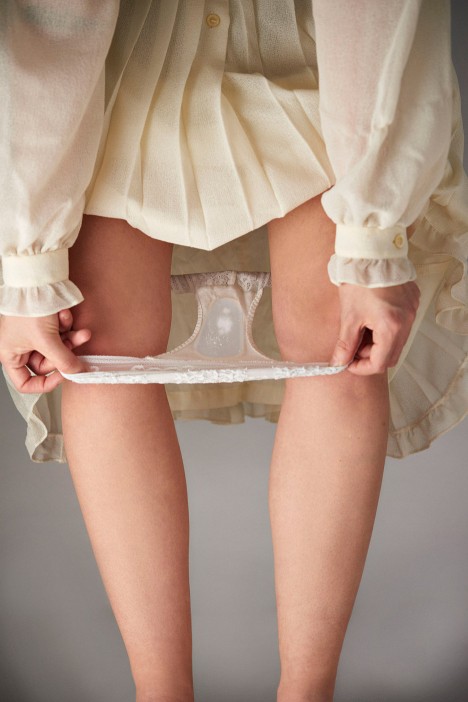 “Lactobacillus bacteria creates a hostile environment for the further development of Candida albicans, acting as a living culture of probiotics,” explained the designer.

“By placing the pad in contact with the female genitalia, the healthy bacteria grows on the surface of the infected area, reconstructing the microflora missing in the vagina epithelium and maintaining a lower pH level in the vaginal area.” 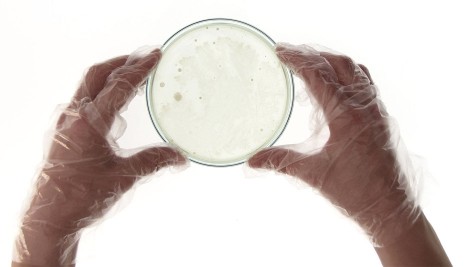 The Future Flora set includes a large Petri dish, a pipette with freeze-dried bacterial compound, and an inoculation loop – a thin wire tool used to retrieve microbes from a culture.

Agar jelly is used to grow and nurture Lactobacillus bacteria, before a lozenge-shaped section is removed from the Petri dish. This section is then worn much like a sanitary towel would be. 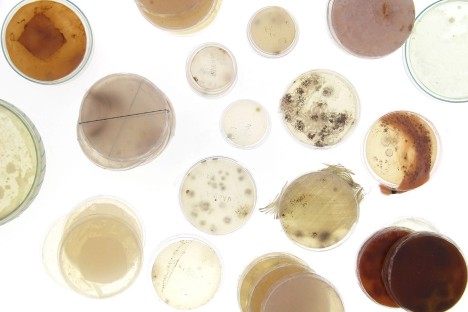 Overenthusiastic use of chemical-based soaps and cleaners leads to the removal of microflora from the body, so Tomasello designed the kit to combat the issue. 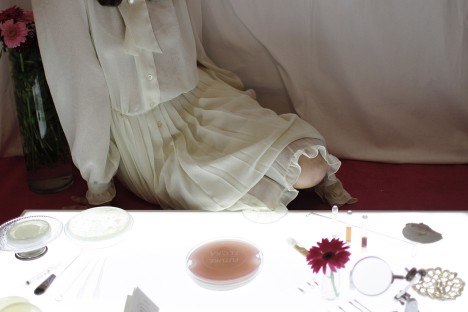 “The kit has been designed to allow women to establish, nurture and harvest their very own personal skin flora at home, becoming not only consumers but also active participants in their own health and wellbeing,” she said. 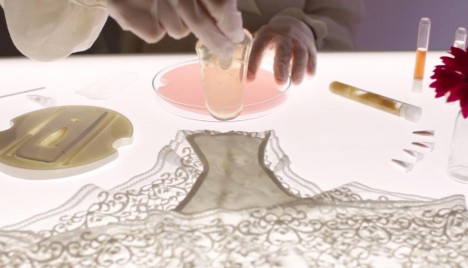 Future Flora was created as part of the Material Futures MA course at Central Saint Martins, and shown at the college’s end-of-year exhibition last month. Fellow student Lesley-Ann Daly also addressed health issues as part of the course, with a set of connected implants that would allow wearers to listen in on their body’s wellbeing.